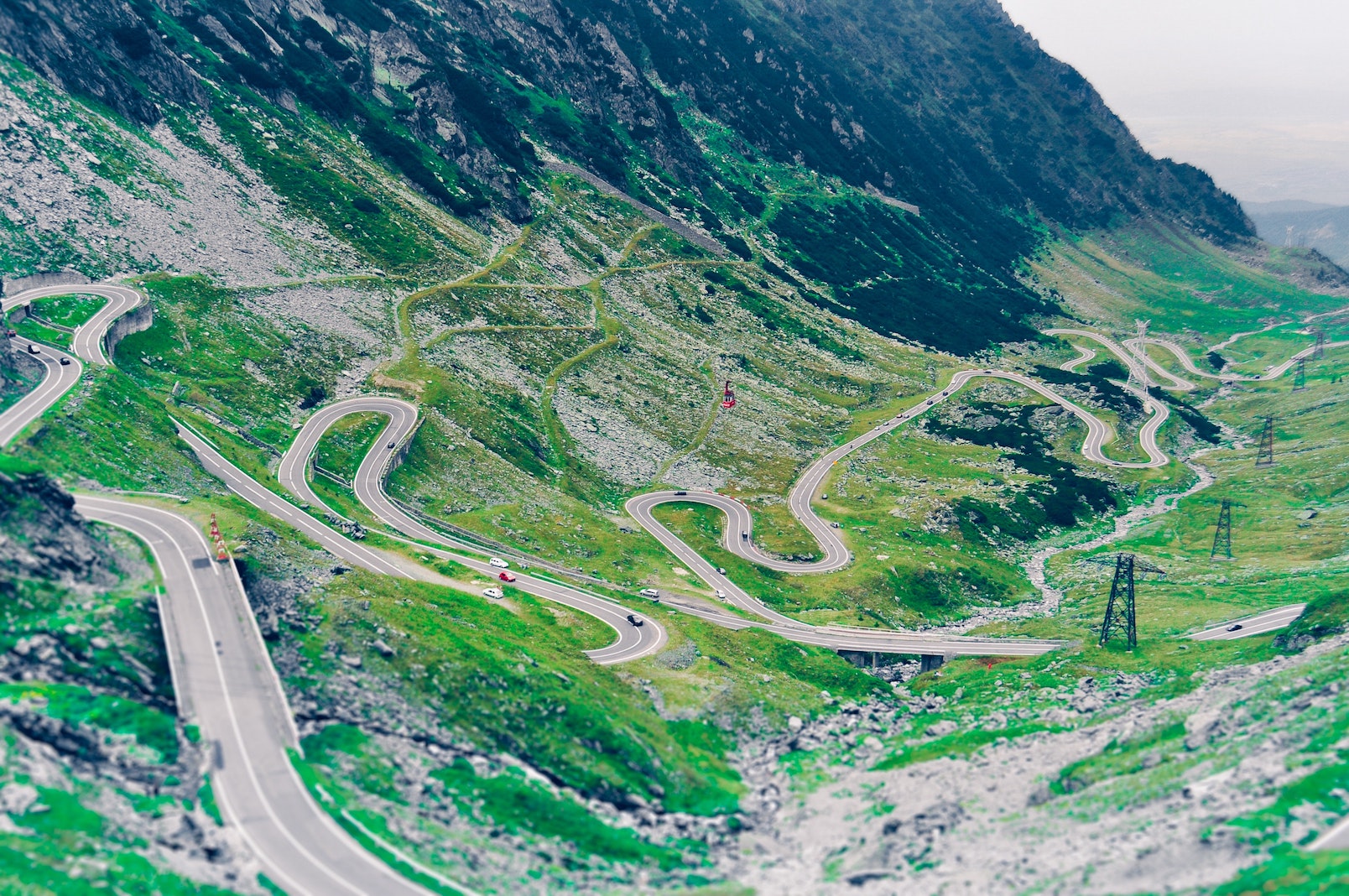 Hi, I'm Jeremy. I've spent the last roughly 25 years in IT, with the last 12 or so being a part of technical communities and Developer Relations (DevRel). For those who are new to the term, DevRel is literally about building relationships with the developer community. It is being the advocate for developers using your product, service, "thing", back to areas in your company or organisation, like Product and Engineering, about their experience(s), suggestions, etc. As Mary Thengvall likes to describe DevRel in her book:

It wasn't until I recorded an episode on DevRel for the SlashData Podcast that I looked back at where I began in DevRel and Community, and became surprised at a few things I had forgotten.

At certain times in your career it is good to reflect on the journey, the things you've learned, gain insight that you didn't previously think of, and prepare for the future. This is one of those times, and quite honestly I think the first time I've ever truly done this.

In the beginning the Universe was created. This has made a lot of people very angry and been widely regarded as a bad move. -Douglas Adams

As early as I can remember I have always had a symbiotic relationship with technology, from really the first time I picked up a ColecoVision in the early 1980s. I, as many of my generation born in the 70s, could pick up something technical and almost immediately be able to work it without learning. I loved tech. I also quickly became the person in my family (extended included) who would be called upon to fix anything or explain how something worked (which also severely impacted quite a few of my family vacations visiting relatives while growing up). I still remember explaining DNS to my parents and grandparents using the post office example.

It was in the mid-1980s that I received my first computer, an IBM PC-XT (Intel 8088 @ 4.77 MHz!!!), from my uncle who worked at a government contractor. Seems the government routinely discarded computers yearly and he salvaged a few and sent me one. I was in heaven, and quickly set about learning that del . from the C:\ root directory would delete everything.

Exact statement to my mother.

Never fear. The original DOS install 5 1/4" disks to the rescue. 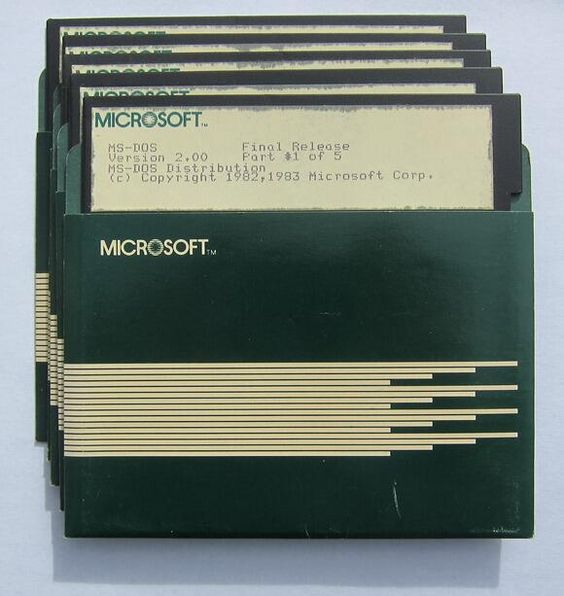 A learning experience is one of those things that says, 'You know that thing you just did? Don't do that.' ―Douglas Adams

One other thing I remember about those early days, was going to the library. I love to read. In those days, I would read anything I could get my hands on about computers. I read about apps and concepts I have long since forgotten. We would leave the library with a laundry basket full (not kidding) of books, and in two weeks would return them all. Read.

It was also around this time that I found BBSs - the first online communities. It's also where I racked up a ~$300 phone bill on my dad's company phone line (and also where I learned about the extreme cost of long distance calls. I had gotten ahold of a list of phracking bulletin boards who shared hacking techniques and such, and it's where I learned much of what I have since forgotten). I had no idea what was happening until my dad confronted me to find out if I knew anything. I of course did. And never called them again. Soon after I found the early Internet through Gopher and Archie portals via University connections.

My first official job was at 14 as Office Manager for a garage door installation company, and that was solely because I knew how to use computers. I would pass the time dialing into bulletin boards and browsing university repos of information. I left there soon after I turned 16 to work at a bakery, but still continued to play around and learn everything I could - and being homeschooled allowed me the flexibility and freedom to focus on the things that I enjoyed and was good at in addition to the prerequisites for graduation.

When I graduated (1995) I took a job at an ISP in Kansas City as a Customer Support Rep, but soon moved into Systems Administration (Sun Sparq's) and Network Admin (Cisco Routers) while learning HTML and Perl (remembering none of it). It was there that I really started to find what I enjoyed and would serve me well in later positions: communicating technical to the non-technical / non-technical to the technical.

When I explained what I did at Sprint and subsequent positions to my wife, she said "Oh like the `people person` from Office Space?" I love my wife.

I spent two years there, leaving after not getting the official job I had been doing for the previous 6 months and being told by the CEO that I would never amount to anything in tech:

After a short stint trying to manage IT for a small, local company trying to become the online classified listing hub (This was 1997, eBay (AuctionWeb) started in 1995 - it failed, but I left before), I moved to Hallmark Cards. Yes, that Hallmark, at the Corporate HQ in Kansas City. Initially hired in as a Customer Support Rep, I quickly showed that my ability to couple my tech acumen with good people skills and communication could be used elsewhere, I became the person who would be called into meetings to help advocate for the [internal] customer to IT. Eventually, I took on a role called "Technical Liaison", which I didn't realise until recently was my first, official foray into Developer Relations. It was 1999.

After the near collapse of the world in the year 2000 </sarcasm>, I started working at Sprint whose corporate HQ was in KC. After a few different roles, I landed back doing a variety of different roles under the guise of "Systems Analyst", which means I was doing systems administration (Linux servers with VMWare under my desk), database administration (MSSQL, MySQL), web app development (converting Excel spreadsheets as databases and Access databases to actual databases with web frontends), project management, and probably janitorial as well. With all of that, I continually found myself again being the advocate for the business (and customers) back to IT on different projects and systems.

It was while at Sprint I began working with XDA Developers, the largest mobile development community on the Internet with, at the time, <1mil members in 2007 (now 9mil+). I jumped in and soon after became a Moderator and then a Senior Moderator. It was during that time I started to see a need for someone to build relationships with the OEMs like Samsung, HTC, Sony, etc. and help them understand how to work with the open source community and with developers building things to work with their hardware. So I stepped up and took that on as a volunteer. Eventually, I became the Director of DevRel & Community Admin, still as a volunteer but it presented me opportunities to put into action a lot of what I was seeing and feeling around community-building, my love for developers, and start finding my speaking chops.

Renaissance of some proportion

Fast-forward to 2014 when I started a mobile development services company with the owner of XDA, and able to mix that work with more focused DevRel & Community initiatives, especially around open source. After rolling that business back into XDA in 2017 I began doing DevRel consulting with a number of startups around the world, and late that year I started at Auth0 as the Head of Community. This was my first experience building a brand community, which is entirely different from open source communities and quite a challenge. That being said, I learned a lot and was able to put in place a number of things that will continue to assist that community.

Over the last 4+ years I have continued to refine my DevRel philosophy, a lot of which is contained in the reasons a company should care about DevRel and my coffee and DevRel diatribe. I've built some great relationships with people in the industry and helped grow The DevRel Collective, a community for DevRel professionals. And I'm still learning.

Now I am the Director of Community at Solace, helping build out a developer community and implement DevRel strategy for a great company. It's challenging as we're dealing with growing awareness within Enterprise companies already using our product, while also fostering community amongst those who already know about us.

One thing that stands out for me, and I want to make sure others hear this, is that while DevRel is in the technical space in its core interactions, it is by no means a requirement that you be an engineer in order to be in DevRel. This of course depends on the specific role and company, but if you are looking to get into DevRel do not take a perceived lack of "technical expertise" as a deterrent. The field is awash with professionals with "non-traditional" backgrounds like scientists, actors and actresses, and more. All that I feel is required is empathy, and the ability to "stand in the gap" for developers back to the company.

Developers don't care what you know, until they know that you care. -Jeremy Meiss

I love the DevRel community, for what it's taught me and given me, and what I hope to give back. Reach out if you have any thoughts or questions around ways you too can embark on the DevRel journey.